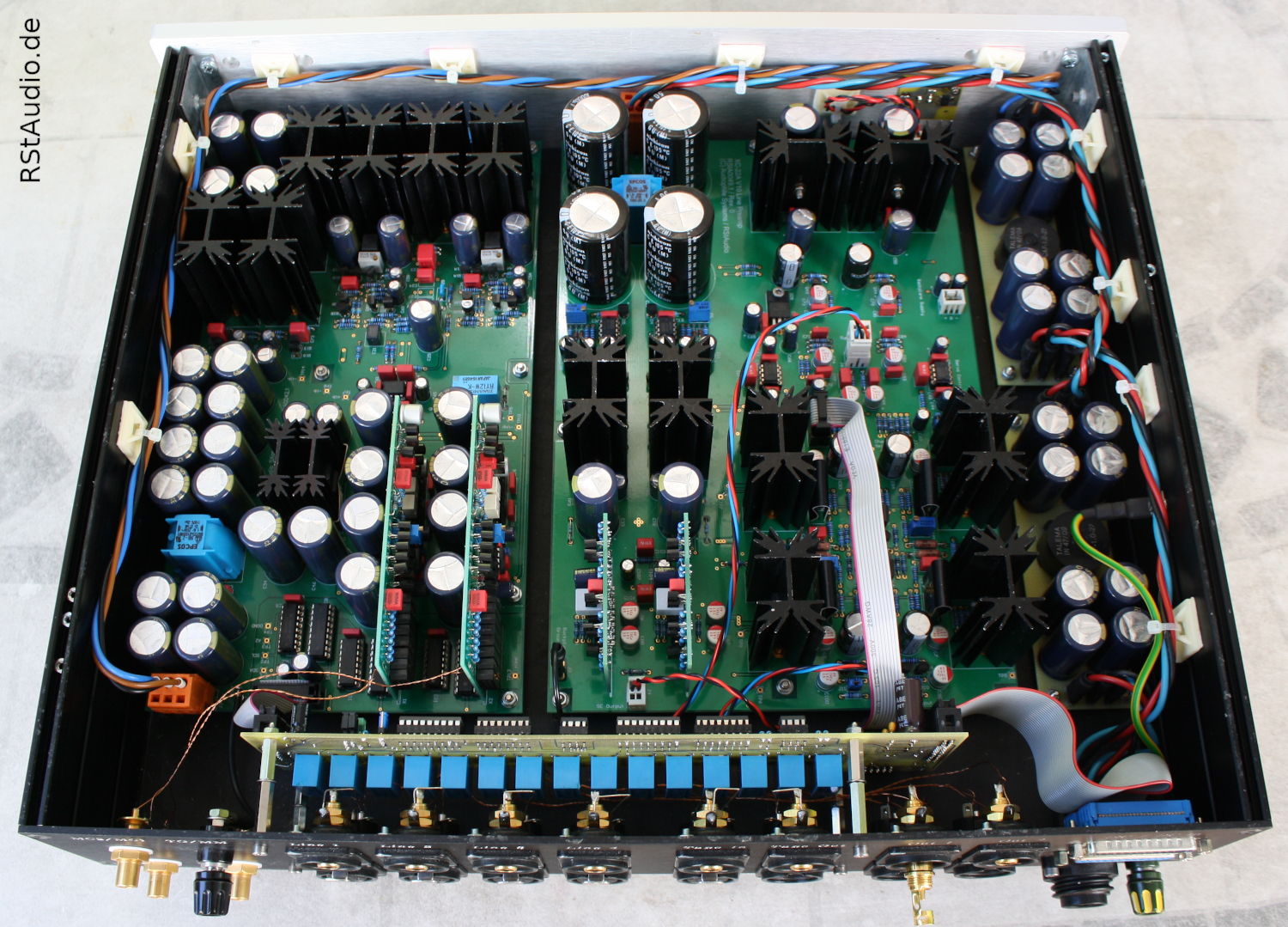 When Pass Labs launched the Xs preamp, my friend Hans and I were quite excited that there is finally a DC coupled preamp from Pass Labs. After a few days we had high-resolution photos and some verbal information available, enough to start decoding the circuitry. But our enthusiasm quickly waned when we saw how the offset compensation is done in the Xs – a circuit that we didn’t really like. We’re both electronic engineers, so it’s not just the audiophile performance of a circuit that matters to us. I’m pretty sure that the Xs is a great sounding preamp, but neither of us wanted to replicate it.

In 2017 Hans designed the ultimate preamplifier for him, to which I contributed the microcontroller system and software. The basis of the XC-22A called preamplifier was a 3-stage concept like in the XP-30 with basic similarities to the UGS6 module, but without a capacitor in the signal path. When I saw the schematics for the first time, it was clear to me that I will build this preamplifier – however, I wasn’t really in a hurry, my XP-30 replica sounds simply stunningly good.

Description of the Hardware

Some essential changes have been incorporated into the circuit. The coupling between the first and second stage of the UGS module is not done by means of resistors, cascaded current mirrors are used for this purpose, which significantly improve the linearity at this point. The bias settings for the push-pull output stages are designed to allow the elegant integration of a servo controller – a much nicer solution than in the Xs. In addition, the output stages have also been given a circuit technology known as “Crossover Displacement Technology”, which improves the linearity of the output stages.

Of course the volume control is again done with the excellent MUSES72320 from New Japan Radio. This chip is acknowledged to be the best you can use at this point. The ±15V operating voltage required for this chip is generated from the ±32V of the preamplifier with the help of the extremely low-noise integrated voltage regulators TPS7A49 / TPS7A30 from Texas Instruments. The connection to the microcontroller system is, of course, potential-isolated by an ADuM3154 from Analog Devices.

The preamplifier stage described above naturally has a balanced input and output. In order to be able to control unbalanced devices, an additional circuit section provides a “real” unbalanced output. For this I use 2 discrete operational amplifiers, which add the two balanced output signals. The topology of these OP’s corresponds to the discrete operational amplifier in my DPV1. The two OP’s are mounted on plug-in cards and are plugged onto the XC-22A board. This output is also kept free from DC offset by a servo controller. 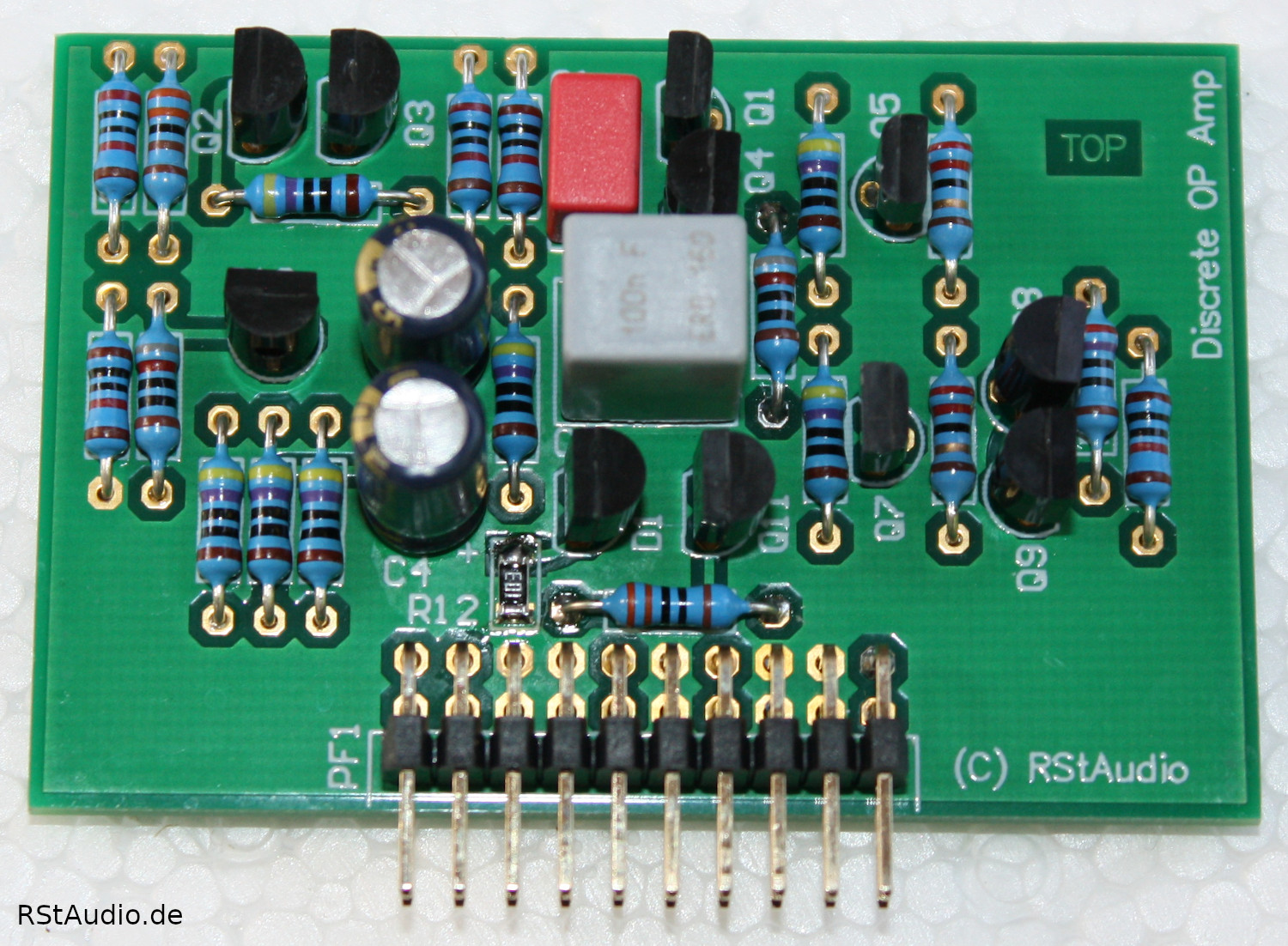 The board is supplied with an unregulated operating voltage. Directly at the input there is a CLC-coupling with 4× 10000μF electrolytic capacitors and a current compensated double choke. The required operating voltage of ±32V is then generated by a Jung regulator modified for higher output voltages. I have already used these excellent voltage regulators very successfully in the DHA and the XOno 2019. At the moment I do not know a better circuit for this task.

The dimensions of the board including the position of the holes for the screw mounting are identical to my XP-30 board. Furthermore all electrical connections are the same. So the XC-22A board can be installed directly into my VV5 preamplifier – hence the name VV5.2 mentioned in the title. 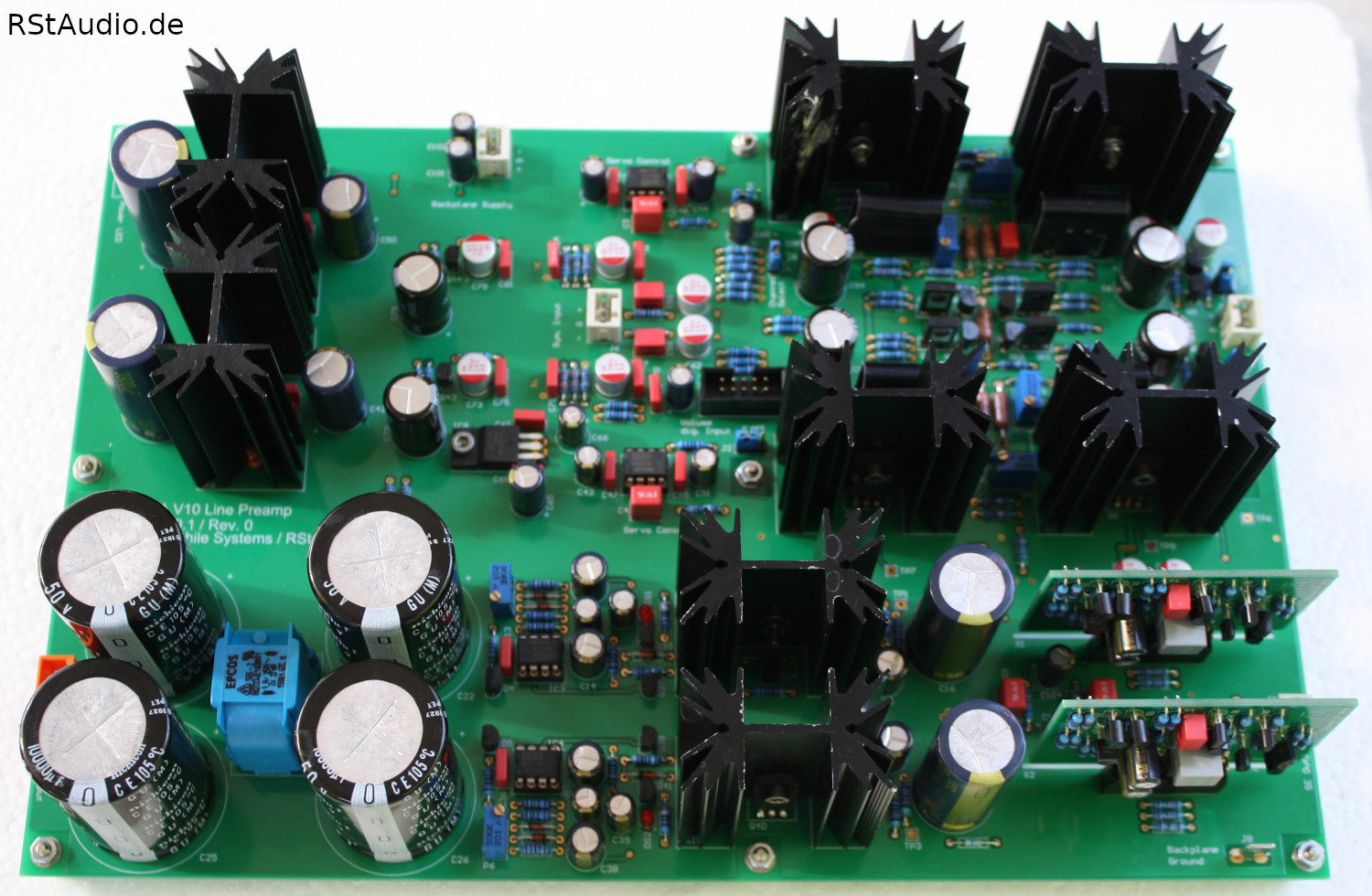 XC-22A Board with the 2 Discrete Operational Amplifiers attached

The only necessary change to the VV5 design was to change the maximum gain in the software – a number. Compared to the XP-30 (+14dB) I reduced the gain of the XC-22A to +6dB. Together with the input low pass filter, whose resistor is in series with the MUSES72320 overall resistor, this results in a maximum total gain of +5dB. This is more than sufficient.

Right after the end of the assembly I had to do an audio test first. The XC-22A boards were of course not played in and cold. Despite these adversities it already sounded very promising. The following day the electronics were well warmed up – I never turn off my preamp – and the performance was already remarkable. However, as always, there can only be a final rating when the preamplifier has been played in.

2020/07/08
Now some weeks have passed and it is time to give a final review. Let’s make it short, the XC-22A line level preamp can do everything a bit better than the XP-30. It’s not dramatic and isn’t meant to degrade the XP-30, but it’s directly audible in many music examples. The stage plays more open and dynamic. Again a step forward, even if smaller.