With the beginning of 2006 I started to design an active crossover network system in parallel to the design of a subwoofer. First of all I read the Pass Labs XVR1 manual and try to analyse the technology behind this device. However I was not very satisfied with the results of different simulations I’ve made with this informations. A plain frequency response and a similar phase response at the cross over point was one of my main goal in the design. But the use of a discrete operational amplifier in the XVR1 has amazed me.

After studying different topologies for active filters it was clear that I only can use State Variable or Sallen-Key filter. The amount of needed operational amplifiers for the Sallen-Key design is lower than that of the State Variable filters and therefore I decided to build a design around the first topology. A lot of very nice informations about such a crossover design you can find at Elliott Sound Products.

Also for this design I looked first at the XVR1 and took over the idea to change the frequency of the filters with jumpers. Besides that I limited this crossover to 2 ways. Additionally however I have integrated a stage to sum the 2 low frequency signals of both channels – a mono signal for a subwoofer – with the possibility to change the phase and the frequency response. Both channels inclusive the needed power supplies – as always in a dual mono construction – are placed on the same PCB.

The complete considerations guide me to the following requirements :

With the thoughts and the requests from above I have developed the following circuits :

With the resistor and capacitor values in use I got the following crossover frequencies of the filter : 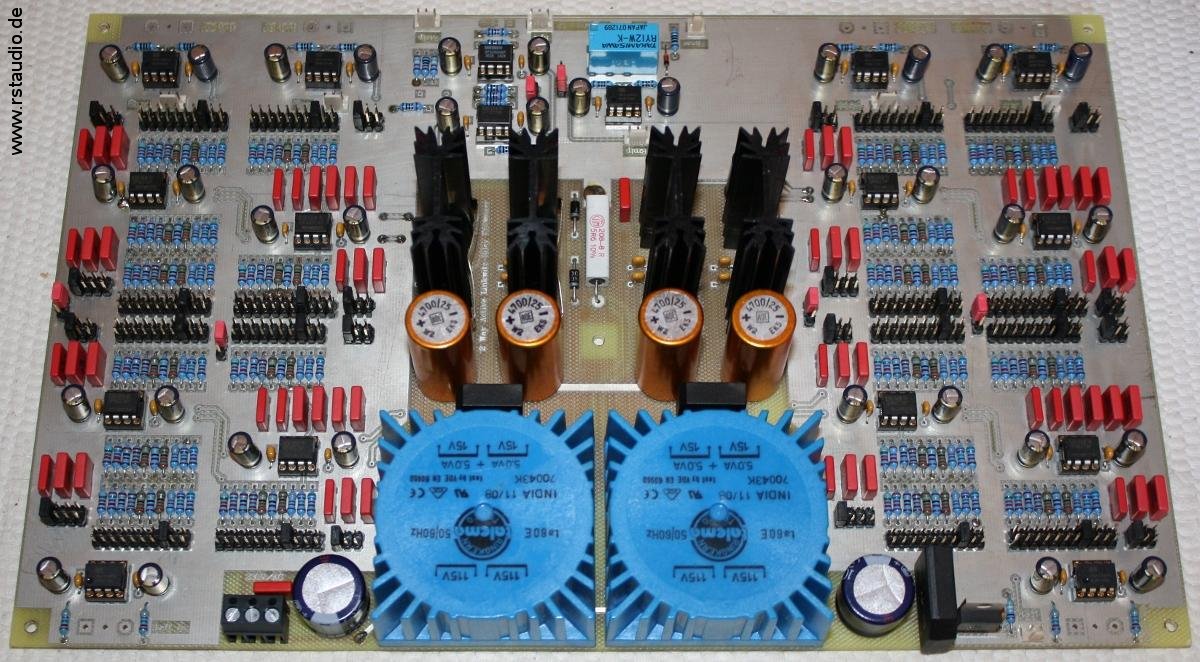 Assembly of the Crossover Network

I bought a Slim Line chassis with a 10mm front panel and the knobs from HI-FI 2000 for my crossover network. The mounting plate and the complete mechanical machining I made myself on a Datron M35 milling machine.

Here you see the front with the operational controls of the crossover. On the right side you find the gain control for the high and low pass channels. The controls for the mono subwoofer channel – gain, changeable frequency response, switch for a 180° phase shift and a control for changing the phase continuously – is located at the left side of the front. 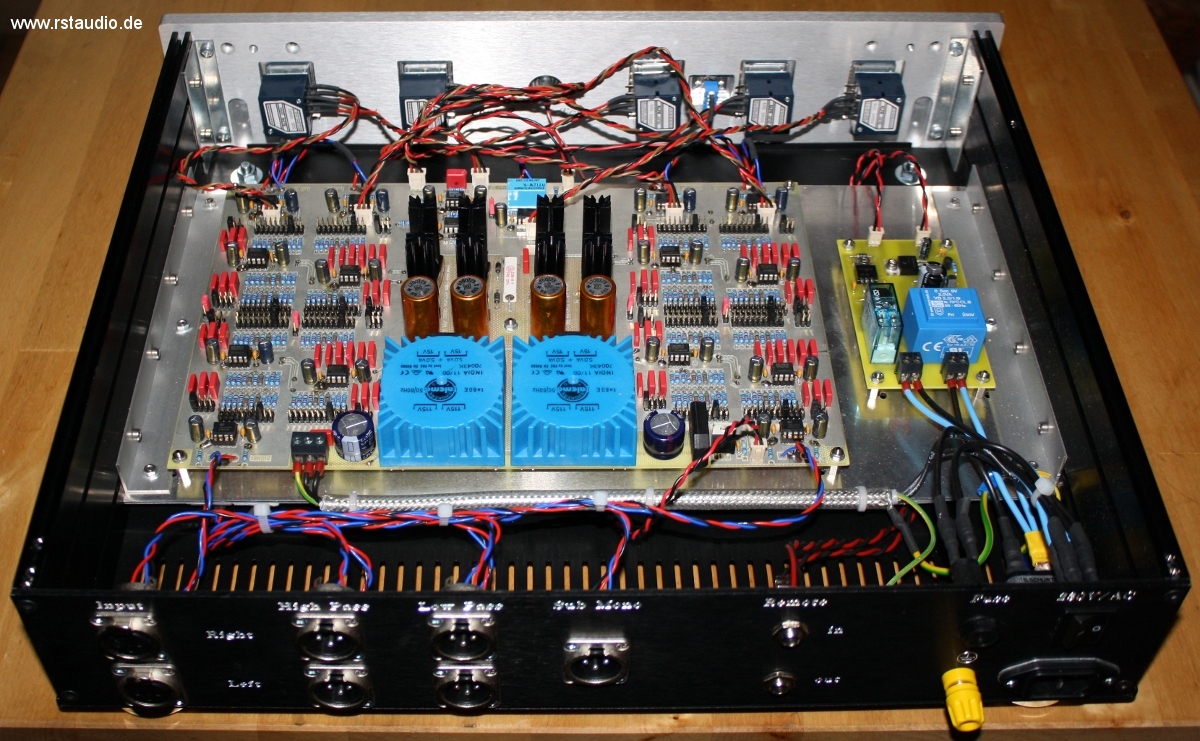 AFW1 – Look Inside from Behind

On the picture above you can see the assembly of the electronic. The PCB on the right side of the big audio board is a remote control.

Here you can see the connectors on the back side of the crossover chassis. On the left side you find the two symmetrical inputs, then the outputs of the high and low pass channels and the connector for the mono subwoofer. On the right side there are the power connector, the power switch and the fuse. The earth jack connects the signal ground with earth – I use a earth rail in my equipment. The remote connectors are used in my system to switch the whole equipment on and off from the preamp.