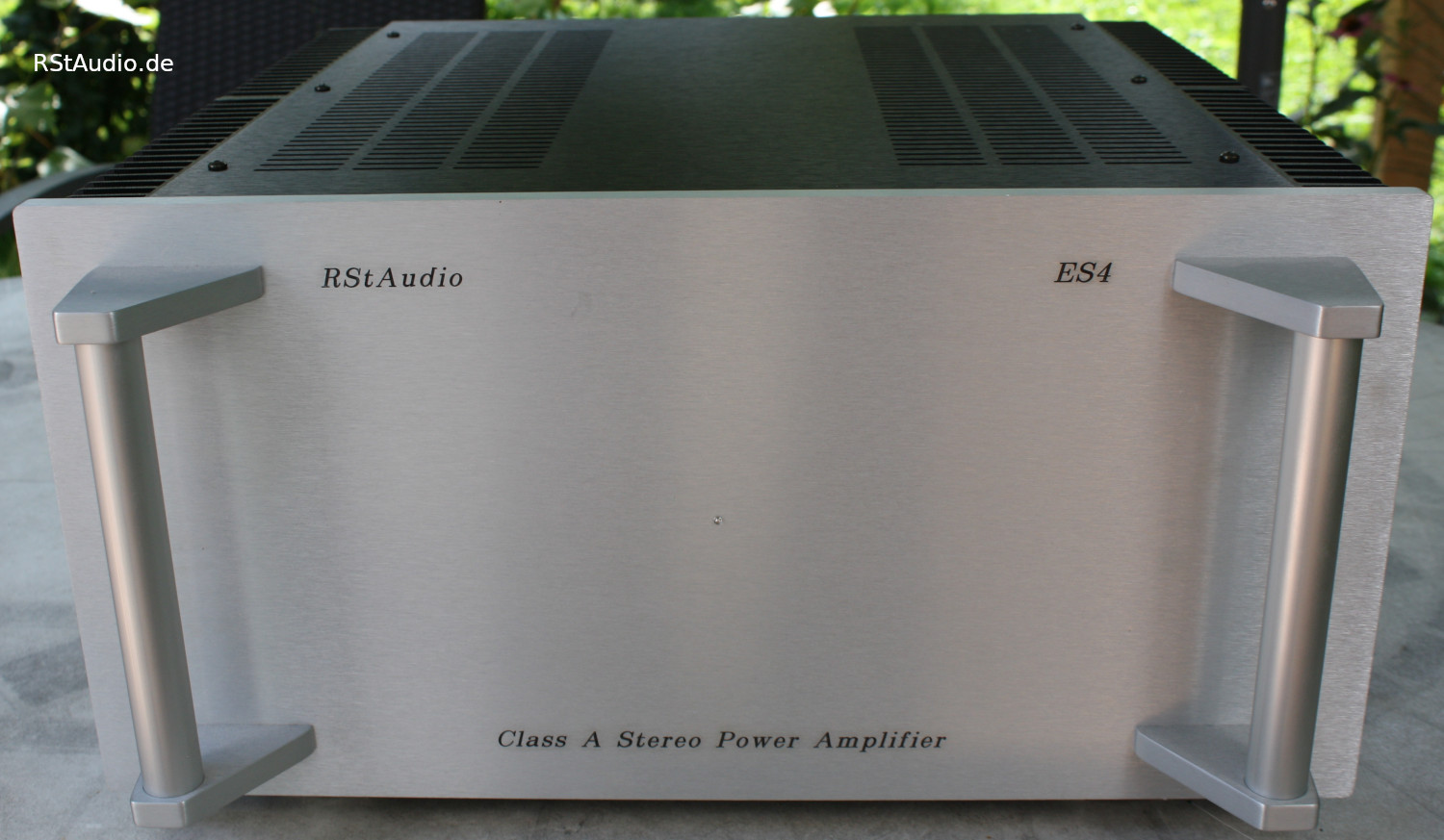 As long as Nelson Pass don’t publish this schematics, I also won’t give it away. I don’t want to compromise the commercial success of these wonderful power amplifier.

I have had the circuit diagrams of the X.5 and XA.5 power amp series from Pass Labs available for quite some time. Since I still needed power amplifiers for the final expansion of my loudspeaker system, it was obvious to choose a power amplifier from this series. This power amplifier must of course be able to drive my Quad ESL and should therefore also be adapted to this speaker in its performance data. I chose the XA30.5, especially since it is a stereo power amplifier and I had very good experiences with the individual control of the speakers of the stacked quads.

At the input of the power amplifier is a UGS module with the famous SUSY (super symmetrical) circuit. The use of this circuit topology only makes sense if balanced signals are used. Consequently, this amplifier has a bridge output stage where the loudspeaker is connected between the outputs of two counter-phase driven output stage modules – this is the only way to benefit from the special feedback technology of the SUSY circuit to the loudspeaker.

The super symmetrical circuit topology is described in the following patent

Input Board with UGS5 Module

This board contains the input circuitry with selectable voltage amplification (24dB or 30dB) and bridgeable AC coupling, the UGS5 module and the two bias circuits for the bridge output stage. 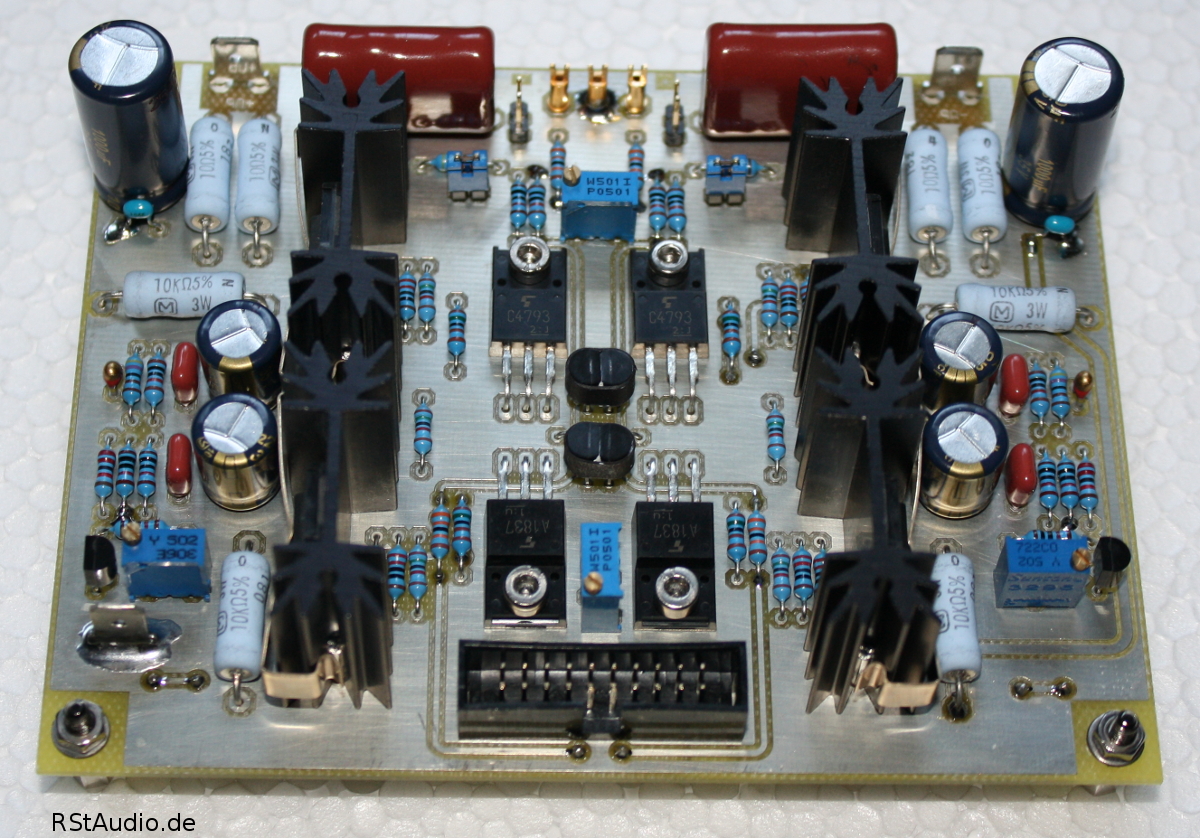 Input Board with UGS5 Module

The output board with its 20 power MOSFET’s is mounted directly on the heat sink. You can see the two parts of the bridge output stage – 10 MOSFETs each. The power resistors to the left and right of the board are part of the circuit for single ended class A operation of the output stage. On the left side of the heat sink there is also a thermal switch which switches off the amplifier as soon as the temperature of the heat sink exceeds 75°C.

In the final construction I did not use the simple circuit with the resistors. A somewhat more complex circuit, as found in the newer Pass Labs power amplifiers, is used.

This technique is usable for all push-pull power amplifiers. A very nice introduction can be found in the book

The power supply determines the audiophile quality of the device, especially for power amplifiers. I decided again on a dual-mono design for this power amplifier – except for the transformer. This means that each channel has its own power supply. The transformer is only available once, but has separate windings for the channels.

As usual with all my devices I have installed a DC filter in the primary supply line of the transformer. How to interpret such a filter I describe in detail in Tips & Tricks. Here 4× 22000µF/25V electrolytic capacitors are used because I have them available in larger quantities.

The design of the power supplies per channel is classic. Behind the fused secondary windings of the transformer is a snubber network that strongly dampens the resonant circuit – secondary coil of the transformer and junction capacitance of the diodes in the bridge rectifier. Behind this network follows a discrete bridge rectifier with Ultrafast Soft Recovery diodes of International Rectifier (HFA25PB60). This is followed by an electrolytic bank with a capacity of 4× 47000µF and 2× 0.22Ω/25W for CRC filtering. I can only use the CRC topology here because I am sure with my loudspeakers not to leave the A range of the power amplifier – in B mode you would get a modulation of the music signal at these resistors.

With toroidal transformer above about 400VA you get very high inrush currents so that a normal automatic circuit breaker at your house switched off when you try to bring the amplifier into operation. This is the reason why you shall take care about this currents. The board I used here I have also in operation since years in my Hypex and Aleph J amplifiers.

Additional to the inrush current limited two other circuits parts are on the board. With the first part the amplifier can switched on with an external DC voltage and the second part delivers such a DC voltage with a little time delay to a next device. 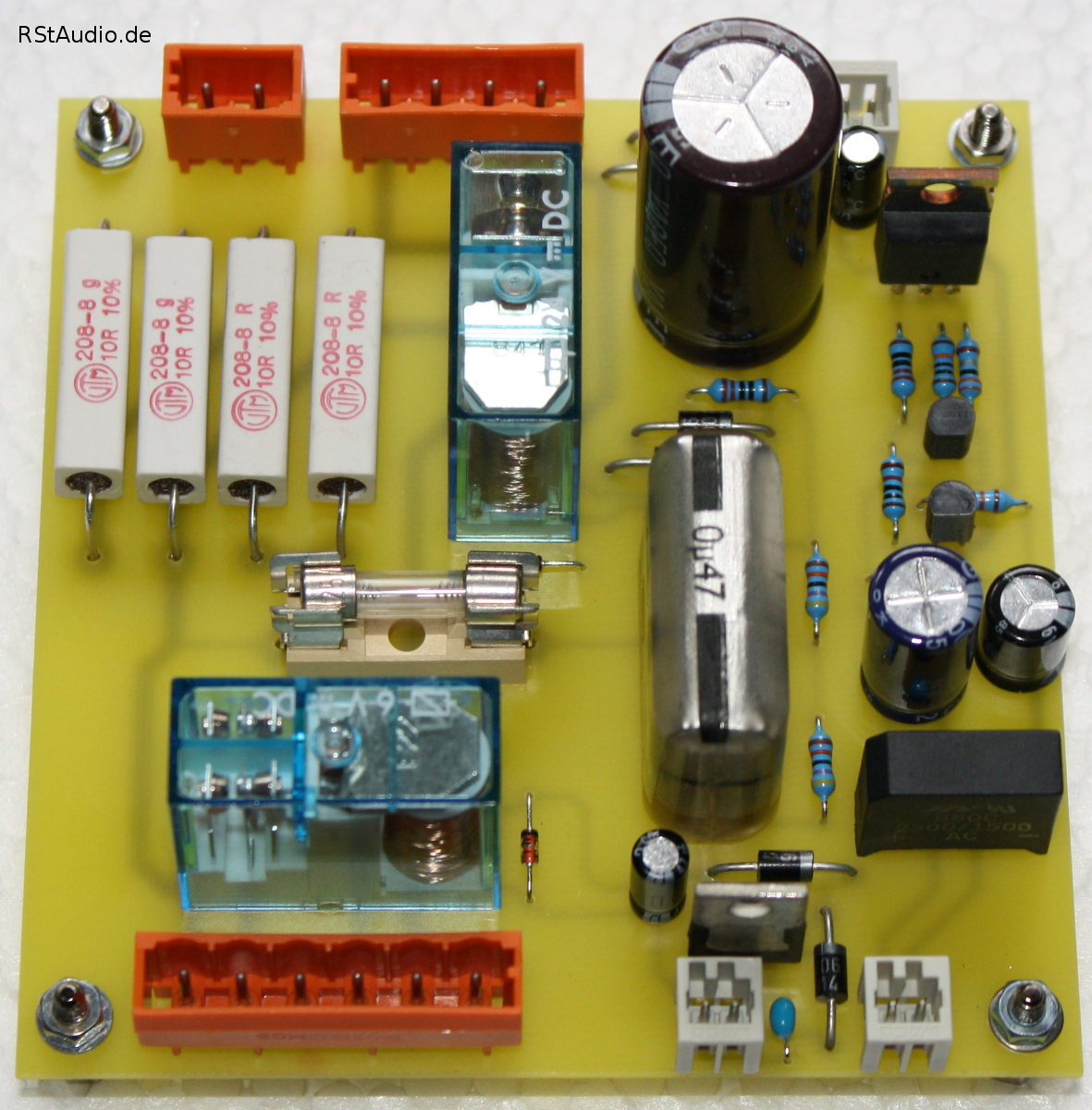 Board with Inrush Current Limiter and Remote On/Off

The circuit diagrams and a description of this board you find at the page of my Hypex Class D power amplifier.

I made the first start-up – without back plane – at the 2014/03/23. The first impressions are rather disillusioning and in comparison with the Aleph J the XA30.5 sounds worse with my speakers. Four days later I had the first light bulb moment and two additional days later it was clear what I can expect from this amplifier. The XA30.5 needs definitely some time to reach its audiophile performance.

In the meantime I rank the comparison with the Aleph J like the comparison between the preamplifiers X0.2 and XP-30. With the Aleph J I heard a couple of years very satisfied music and it is without doubt an excellent power amplifier. But if you compare it directly with the XA30.5 – and at that time I only had one stereo power amplifier available and it means that I ran 2 Quads in parallel per channel – it is very clear which amplifier I prefer. As the preamplifier the audiophile resolution and the richness of details of the XA30.5 are simply indescribable and I’m not able to find the right words for it.

It is always amazing for me whichever progress is still possible. 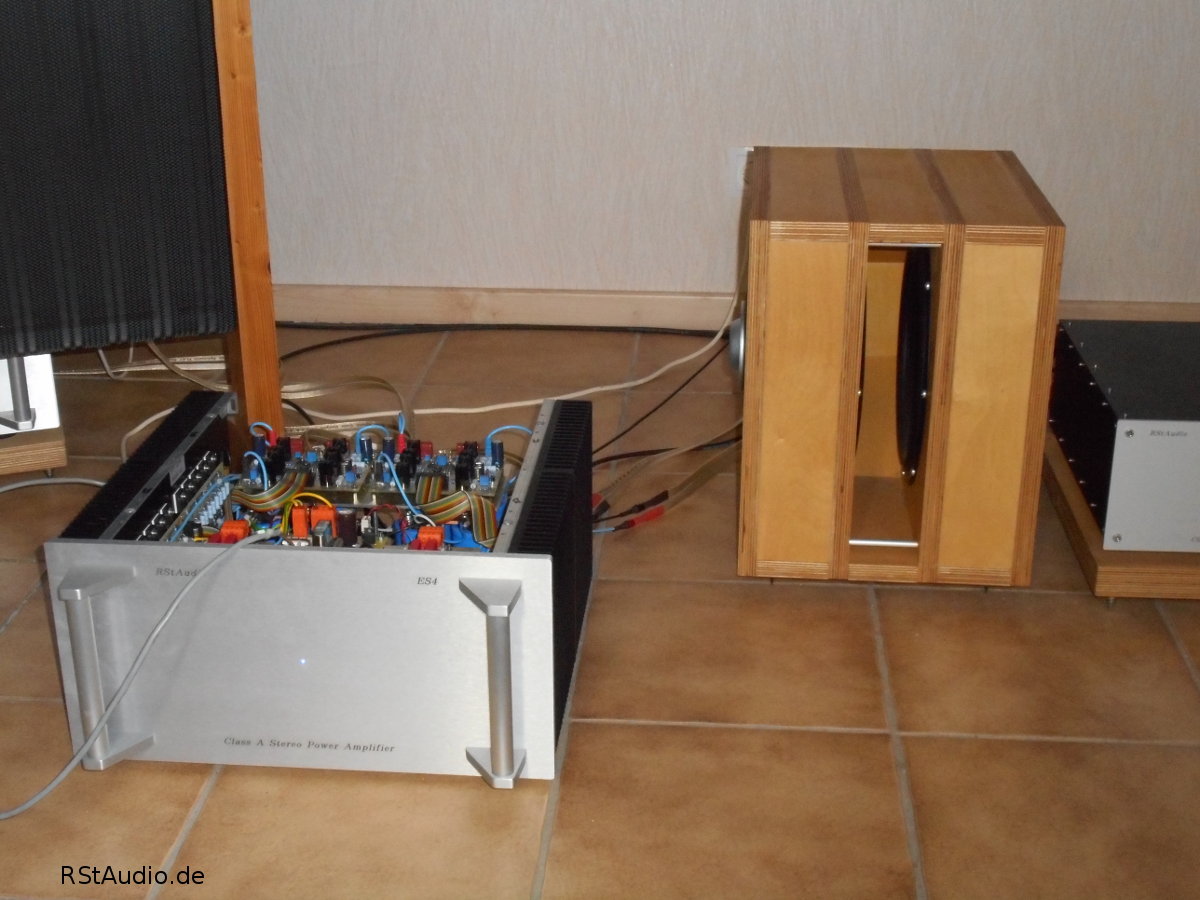 The picture below shows the rear panel of the ES4 with its inputs and outputs. 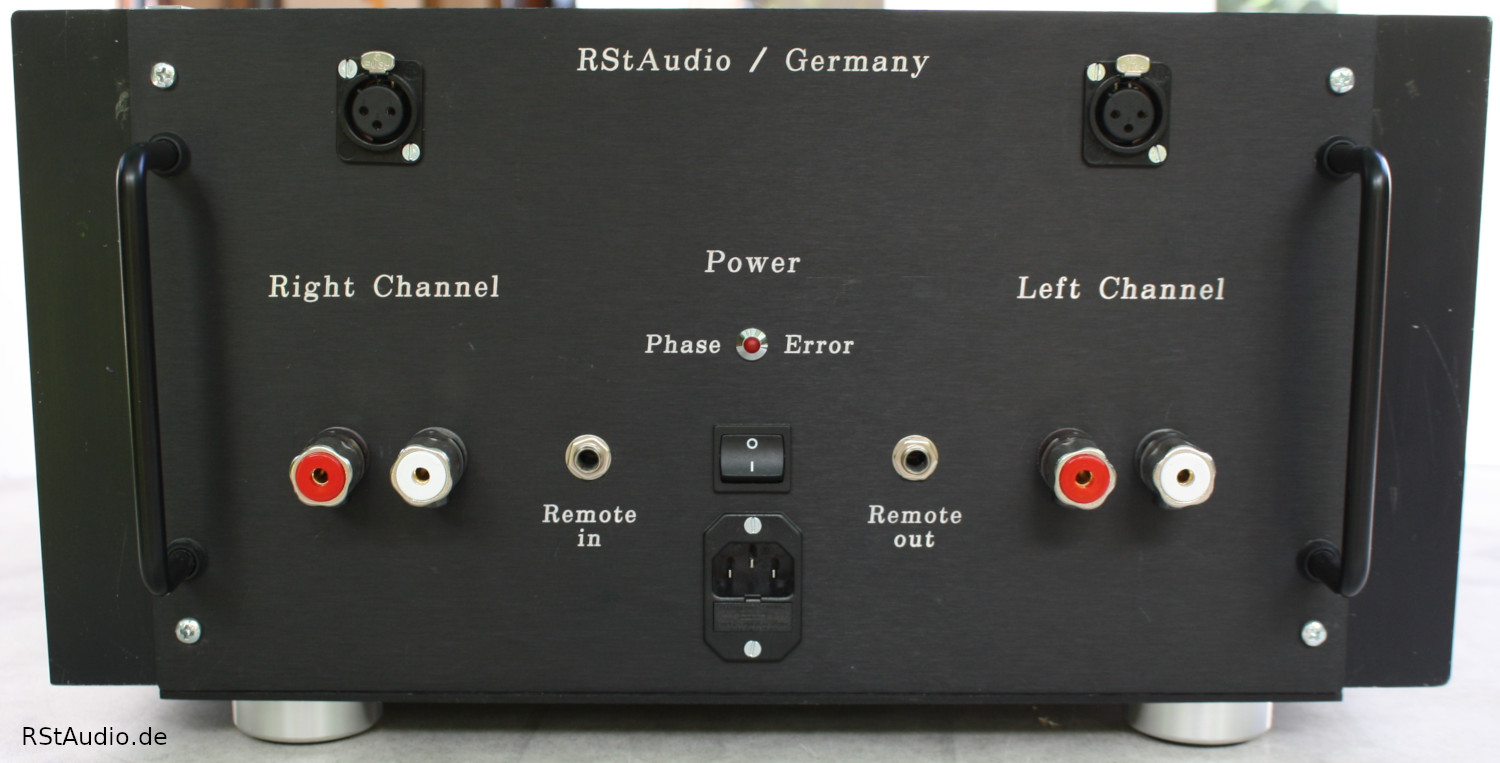 Rear Panel of the ES4

Changes to the Original Design

Of course I made changes compared to the original design of the XA30.5 – as always in my clones. I have plans from 2007 available and I refer to them here.

The biggest modifications I made at the power supply. In fact the complete supply is my own construction and I used only the most important values – output voltage and current – from the XA30.5 schematics.

I also made changes to the audio circuits.

In the middle of 2016 I converted both power amplifiers to the XA30.8 design. Therefore I had to redesign the two audio circuit boards – with the biggest changes at the front end. 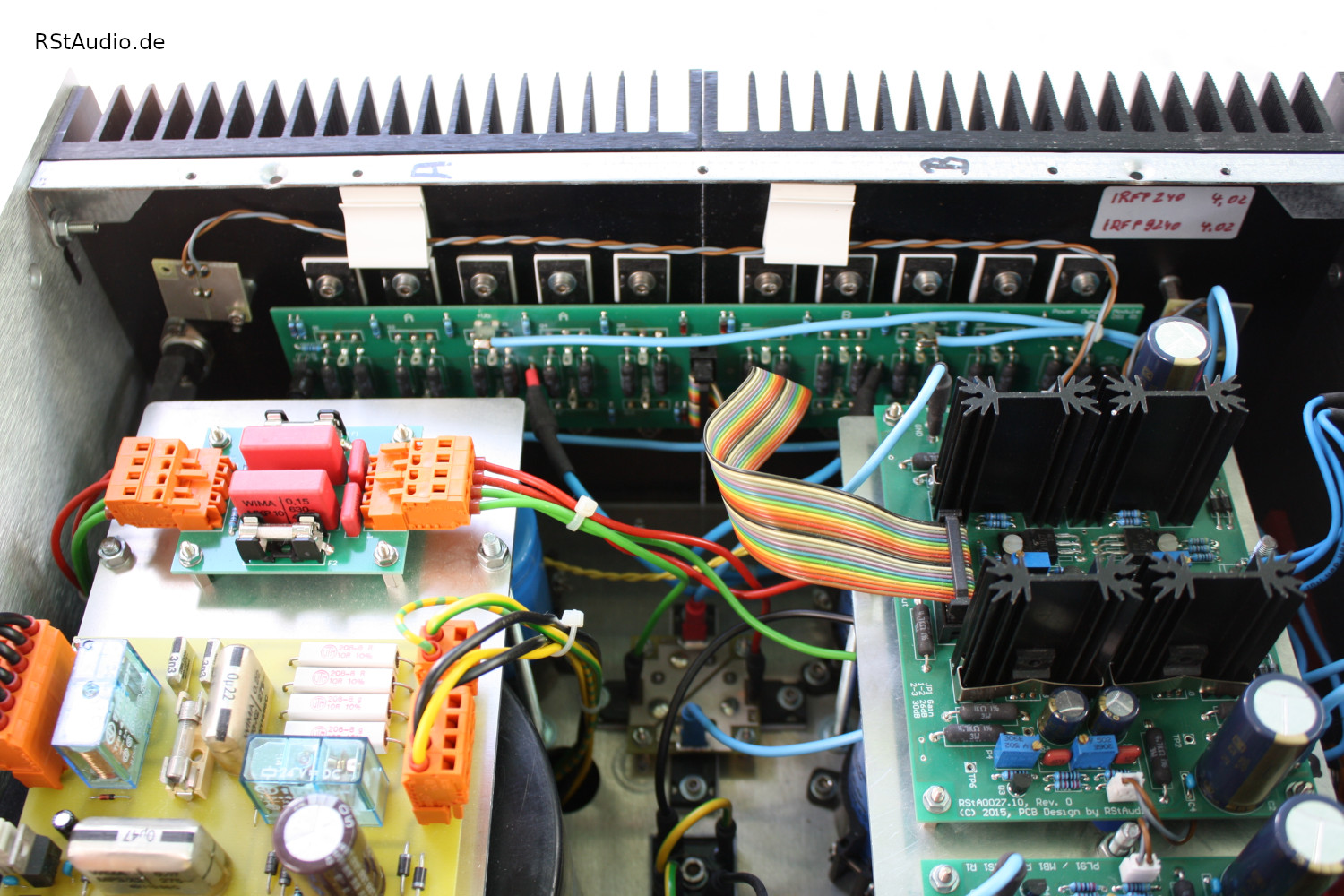 View on the audio boards of a channel of the XA30.8 replica 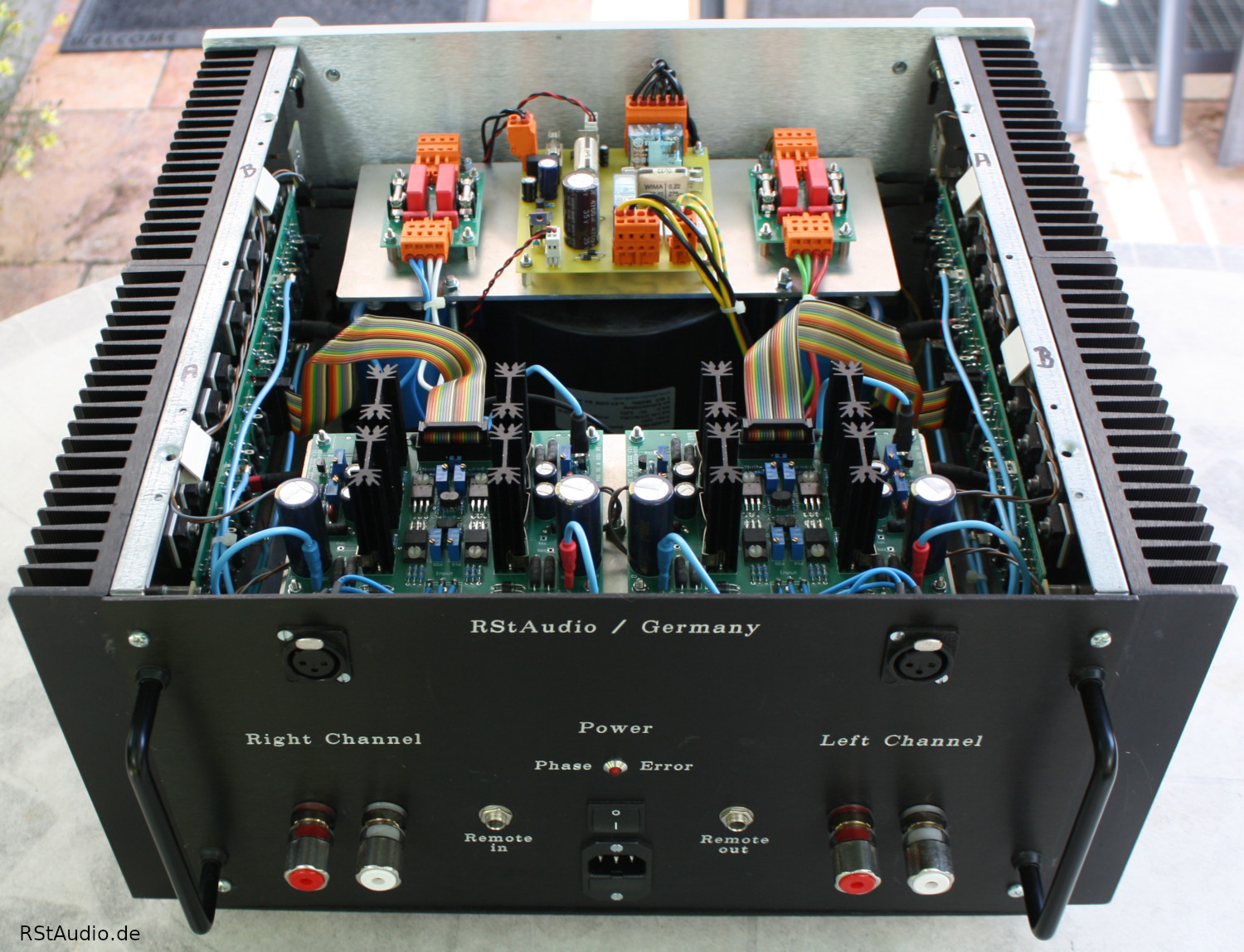 View of the XA30.8 replica from behind

For my friend Guido I built a power amplifier in a case of Chinese production, which was based on the X.5 series. The case itself weighs about 20kg and so this amplifier becomes very unwieldy because of its dimensions and weight. However, it is a feast for the eyes and I always enjoy the design – as long as I don’t have to move it. 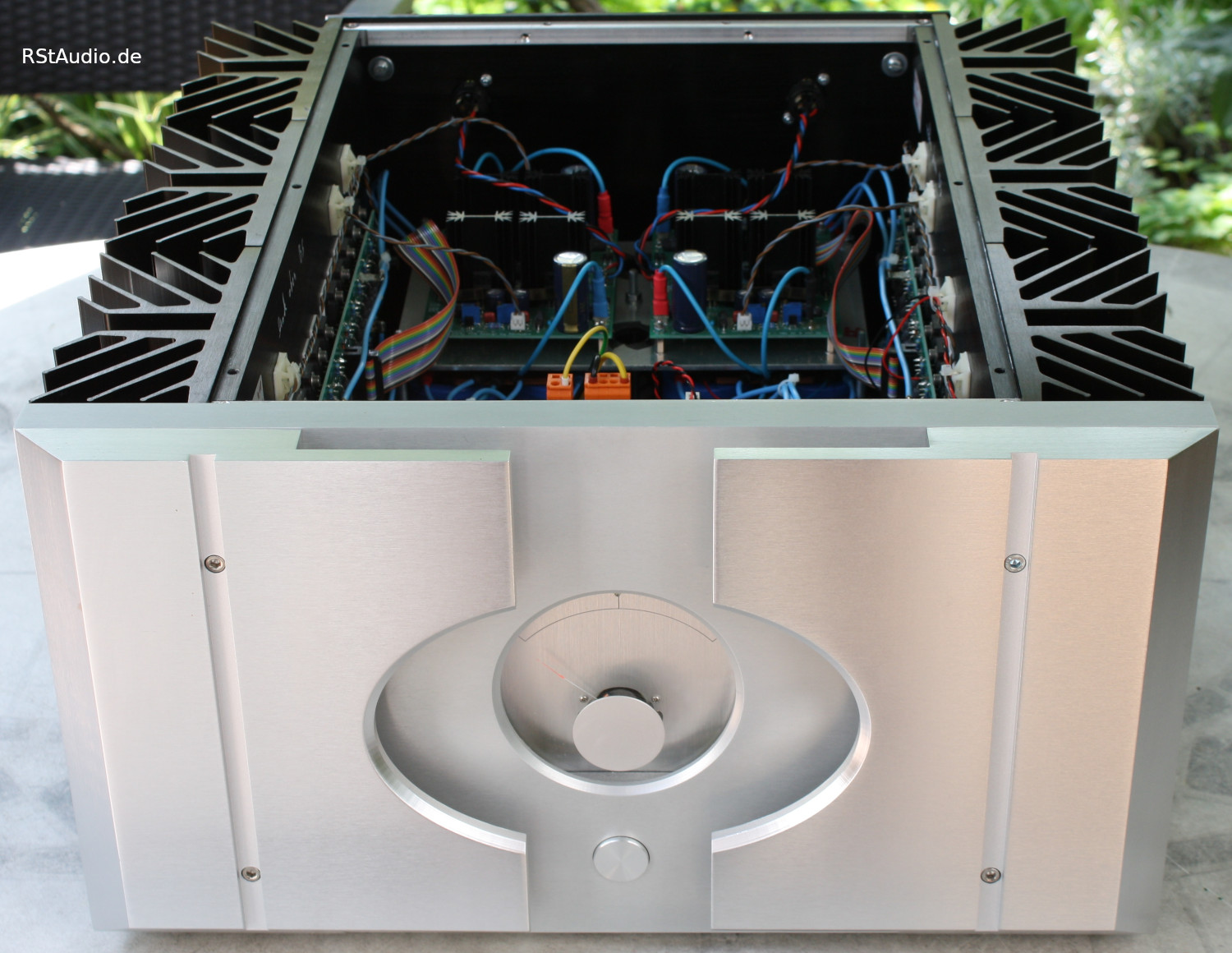 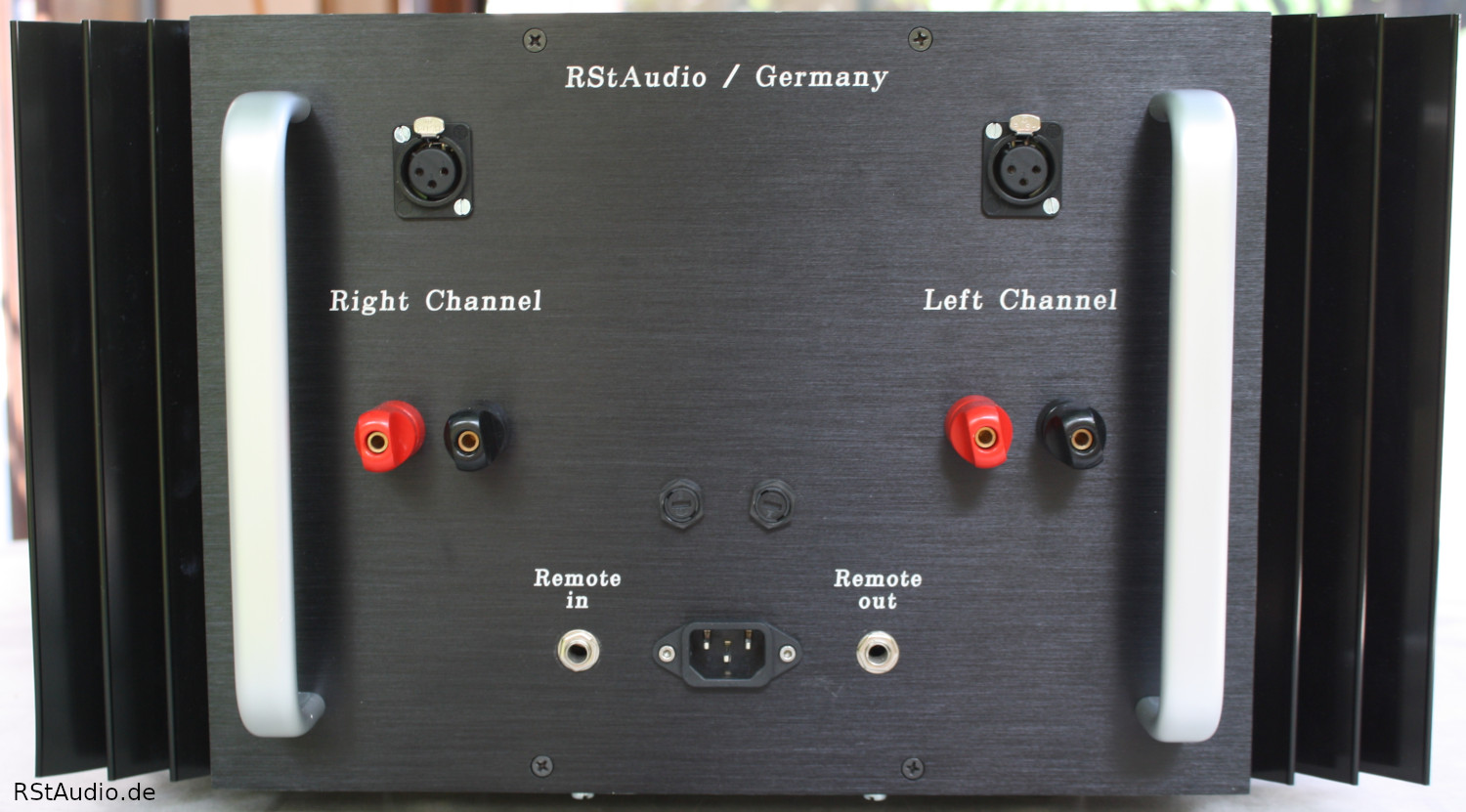